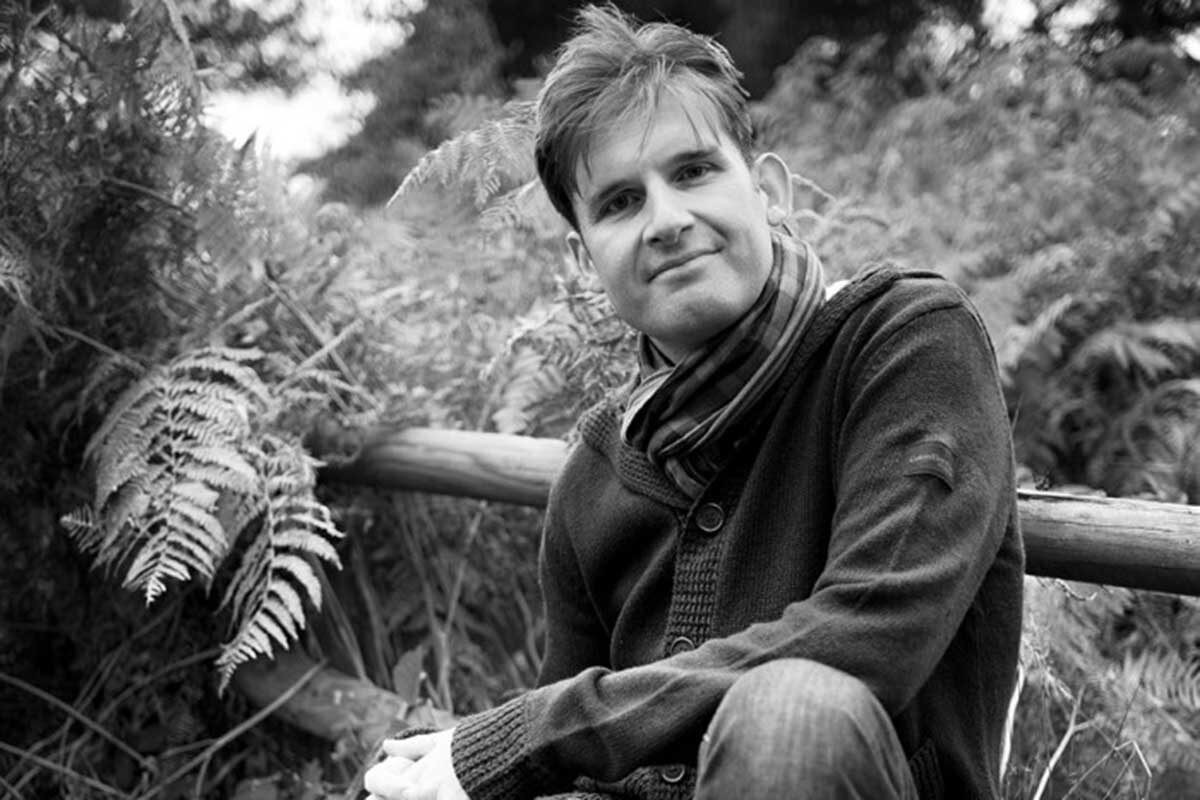 Adam Marek is the author of the celebrated short story collections, Instruction Manual for Swallowing and The Stone Thrower. Word Factory Apprentice Award winner Giselle Leeb interviews him about how fantastical fiction compares to realist fiction, getting it published, and his favourite fabulist writers.

What do you think fantastical fiction can offer/add/do, that realist fiction can’t? Or, what does it uniquely do?

I read fantastical fiction because it gives me a sense of wonder — it pushes my wonder button. It’s the same feeling I got when I read as a child. So many children’s books are fantastical, in that something magical or otherworldly or supernatural has erupted into the ordinary world, creating delightful mayhem. I read and write fantastic fiction because I want to experience and create the same feeling I had when I read as a child, but with an adult sensibility, and about the struggles of being an adult. So wonder is the first thing, and that feeling is incredibly precious to me.

The second thing is metaphor. Manifested metaphor. Whatever magical/otherworldly thing has bled through into reality, it’s often an external projection of something internal to the protagonist. Whatever they’re dealing with internally is writ large on their local environment. You can write about a character who’s so awkward and embarrassed by herself that she wishes the ground would open up and swallow her all the time, and you tag along with her as she goes to her workplace or the coffee shop or the bus or whatever. Or you can write about a character for whom the ground frequently does eat her up. Where does she go? What happens down there? How does she get out? What does she learn from the struggle? Does she grow to love falling into the ground? Does she learn to make it happen deliberately? Does she meet other people who experience the same thing? Is that what helps ultimately? That’s what I love about fantastical fiction — total freedom to play, but with serious intent.

How does fantastical fiction manage to convey ‘reality’ or ‘truth’ compared to realist fiction?

Fantastical fiction allows you to talk about reality from a safe distance. Say, for example, you wanted to write something about the Iraq war, and the hunt for WMDs. There’s the realist way to write a story like that, and then, there’s the George Saunders absurdist way — in ‘Adams’ he uses two neighbours to represent the whole ugly thing. And it’s amazing.

Maybe we have stuff we’d like to write about that’s too sensitive — personally or politically. We’d never dare just write it how it is. Writing about it through the prism of the fantastic makes it safe. You can work with the material while protecting the most vulnerable part of yourself.

And sometimes, what we wrestle with as humans isn’t explicable in realist terms. Maybe we don’t even know exactly what it is — we can only say what it’s like. We can only use metaphors. The fantastic makes the abstract concrete.

Do you think it’s harder to get fantastical fiction published in the UK literary world than realist fiction? Both when you were first published, and now?

Well, yes, I guess it can be. Fantastical fiction has a smaller audience, so fewer publishers will be interested in it. If you sell chocolate ice cream from your kiosk in the park, you’ll have lots of customers. But if you sell chilli ice cream, you might just get a handful of daring punters, you know?

But if you write a truly astonishing story, fantastical or not, you’ll always find a home for it eventually. Publishers aren’t just about profit — there are lots of exciting independents, and for the big houses, all those celebrity biographies and cookbooks they sell allow them to take less profitable and more adventurous books under their wing.

The truth is, getting anything published is hard. I sent stuff out for years before my first publication. You just have to keep going, keep learning, keep developing, until you’re good enough, and until the universe aligns for you — because so much of getting published is luck. If you’ve been writing for a long while, and you’re frustrated and thinking ‘why the hell won’t anyone publish me?’ it’s either because you’re not good enough yet, or you haven’t got lucky yet. Consistent hard work, over time, and with luck, is what equals success for all writers, no matter what genre they’re writing in.

What are some of your favourite fantastical/fabulist/weird writers?

Giselle Leeb grew up in South Africa and lives in Nottingham. Her short stories have appeared in over thirty publications including Best British Short Stories 2017 (Salt), Ambit, Mslexia, The Lonely Crowd, Black Static, and other places. She has placed and been shortlisted in competitions including the Ambit, Bridport and Mslexia. She is a Word Factory Apprentice 2019 and an assistant editor at Reckoning Journal.
http://giselleleeb.com
Twitter: @gisellekleeb