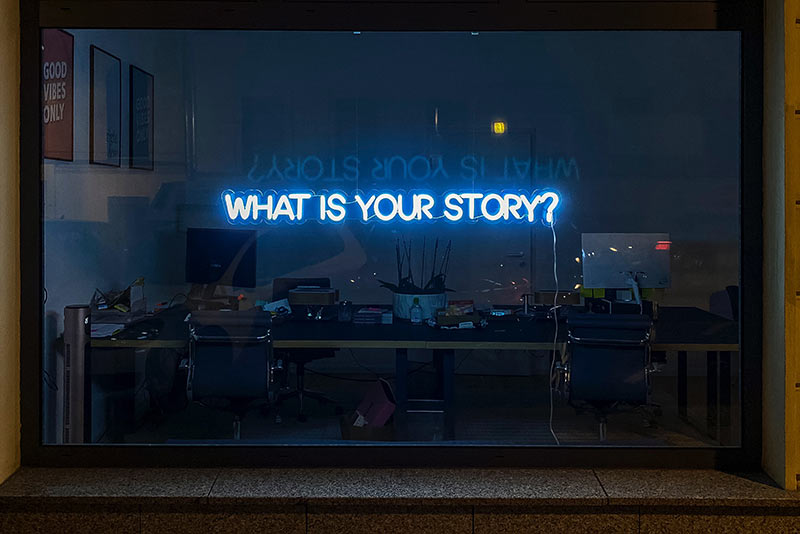 In my last post for The Word Factory, I wrote about the journey that had led me to the Apprentice Award, and to my mentorship with Catherine Menon.

In the last six months, a lot of things have changed, personally as well as professionally. I’ve swapped the York suburbs for a farm in the Scottish Borders. I spend the mornings sipping cooling coffee, watching sheep trundle down the hillsides, listening to the far-off chuckle of tractors. It sounds idyllic, but as is ever the case, there is so much going on behind the scenes that make it feel less so. In fact, the last few months have been some of the most unsettled and difficult I can remember.

It doesn’t feel hyperbolic to say that my writing has kept me stable, and that it’s kept me sane.

My apprenticeship has felt like a grounding and productive presence — something consistent and positive to focus on. My meetings with Catherine have provided an opportunity to talk about writing: to get really deep into the mechanics of story, to nerd out on metaphor and character development, to spend time thinking solely about the craft. It’s reminded me that during so many different times in my life, writing has been a life raft. A place to escape to, to feel powerful, to be in control. A refuge, of sorts. And as a result of this concentrated period of focus, I feel like my writing has developed in ways I couldn’t have expected. In this post, I wanted to reflect a little on how my practice has evolved over the course of the mentorship.

Let it sit, let it settle

Some stories come along all in one go, like a firework (or, rather less romantically, like a sneeze). You open the page and there they are, fully formed, as if they always existed. The story I submitted to the Northern Writers’ Awards was this way — I wrote it on a two-hour train journey from York to Edinburgh, and barely touched it afterwards. I knew what it was from the first word.

Others are more slippery. I can think of a few examples where it’s taken me months and thousands of words to get started, where I’ve gone through multiple iterations of plot, character, setting. The story I’m working on now, I began in 2018 — it was the very first thing I submitted for workshopping in my master’s degree. I then expanded it into a novel, writing it up to 90k not once, but twice, before scrapping the lot. Then I tried to make it into a novella, and it didn’t work. With Catherine’s help, I’ve just about wrangled it into a short story shape again. Only now, four years later, do I feel like the story is where it’s supposed to be.

Prior to my mentorship, I think I held some barely conscious belief that if a story wasn’t urgent and organic, if it wasn’t totally natural, begging to be written, it wasn’t as worthy. But Catherine’s guidance and feedback has helped me to realise that some of the best stories I’ve written are the ones I’ve agonised over, the ones I’ve loved so much that I’ve found the patience to break all their bones and build them again. The ability to let something sit — it’s a skill I’ve had to learn (and one I’m still learning).

Speak into the gaps

I had a bit of a wobble a couple of months ago, when it felt like everything I wrote was the same. Well, not exactly the same, but it felt like everything ended up in the same place, or the characters all faced the same struggles, or that the essence of each story was just too similar. It’s that fine line with putting together a collection: you want everything to be connected enough to feel like it’s in dialogue and actually belongs there, but be different enough to create a distinct reading experience in its own right.

This is where having a second pair of eyes in the formative, plotting phases was so useful. With Catherine’s insight, I was able to veer off the tracks in unexpected directions I might not have thought of alone, to break patterns I’d got into the habit of making with each story. Threads only hinted at in one story are picked up and expanded in another; a character makes a choice directly at odds with one made earlier in the collection. I’ve found it a really fun and creative way to work.

I’ve written a lot over the last couple of months, probably more than I have in a long time. However, the percentage that I’ll actually be using is relatively small. Which means that many, many words which will likely never see the light of day.

I’ve been learning to make peace with this, because each one has led me a little closer to where the stories were supposed to end up. And every now and then, I get to dip into my document entitled ‘loose ends’ and pull out a forgotten sentence to buff and make shine.

More and more, I realise that writing about difficult or personal things is an act of trust. Trusting yourself with doing them justice through writing, and trusting a reader to hold them gently. But ultimately neither of these things is guaranteed. Sometimes, it can be enough to just write (quickly, badly, in frustration, in fear) and trust in the transformative power of that act alone.