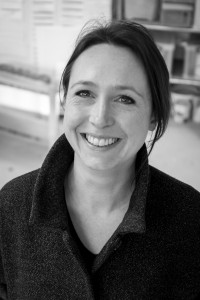 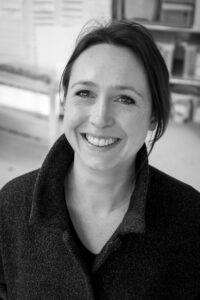 Last year’s apprentice Emily Devane interviews the Word Factory’s Zoe Gilbert about joyful writing, the stories that divide opinion and the best way to make progress with your own work

As a city dweller, do you need to escape into another less frenetic place to write?
I live both in a city and next to a wood. It’s also all woods in my head, so I escape among the real trees when I need clarity and inspiration. I love writing in the woods when it’s warm enough. On the other hand, the frenzy of London can be energising – being surrounded by busy, purposeful people gives me a useful sense of urgency.

Have you always been a writer of stories? When did you realise this is what you wanted to do?
I wrote just one short story in my youth – a blatant rip-off of Gabriel Garcia Marquez, because I was in love with his worlds and his writing. I poured out more magic realism-lite while at university, but I feared failing so much, I didn’t really get serious until my mid-twenties. I found a writers’ group, then the courage to share my work, and I was off – slowly, of course!

Tell me more about your new critiquing venture, London Lit Lab.
I set up London Lit Lab with Lily Dunn, my fellow writer and friend, to create a friendly space for writers to get the inspiration or support they need. My own progress as a writer has been so hugely influenced by generous teachers and other writers sharing their own learning and ideas; it’s a valuable thing, and it has always been my goal to do the same.

Lily and I have created courses for both beginning writers and those who are already advanced and want feedback and support. We teach together and try to build a community of writers who can also share and help each other. Alongside that we do mentoring, and critique novels and short stories.

We aim to be inclusive, so whatever your stage of writing, we’d encourage you to get in touch if you’d like be part of London Lit Lab. Writing is tough, but writing entirely alone is tougher – London Lit Lab is meant to add some joy and some shortcuts to the process.

Along with Sophie Haydock, you run a successful short story club at Word Factory. Do you have a favourite short story that you enjoy sharing with others?
I like picking stories for the group that I believe will divide opinion – but now I think that’s true of every short story there is! The stories I recommend to people tend to be ones that have most recently bowled me over, but a forever favourite for me personally is The Erl-King by Angela Carter. Lush, sinister, impossible to imitate well.

On that theme, does teaching and critiquing others’ work influence your own approach?
I learn a huge amount from teaching and critiquing, and of course I try to apply what I’ve learned to my own writing. This is easier said than done: in the way that one can understand a foreign language before one can speak it, I think we’re all more advanced critics than we are writers. It’s so much easier to help someone else than it is to help yourself with writing, so the best lesson I’ve learnt is to always ask others to critique my work for me.

What are you reading at the moment?
I’m listening to the audio book of George Saunders’s Lincoln in the Bardo. It’s almost a play for voices with a huge cast, and the added pleasure of listening to Nick Offerman, David Sedaris and George himself in central roles. Also on the go are: The Collected Stories of Muriel Spark (sinister); The Last Wolf & Herman by Laszlo Krasznahorkai (weird-good); and The Enchantment of Modern Life by Jane Bennett (philosophical).

So, what’s next for you?
I find myself planning a whole new fiction project, for the happy reason that my first one has found a home! My book, Folk, will be published by Bloomsbury in early 2018. It’s the result of years rolling around in a pile of folklore and strange tales, and while I’m sad to leave it behind, I’m delighted it will make it out into the world. The next book involves woods, part real, part imaginary…