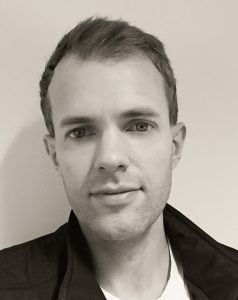 Thanks for your entries to the first Flash Of The Month competition. We really enjoyed reading your words about citizenship, identity and belonging. Keep them coming!

Congratulations to this month’s winner, Chris Drew. His story was the judges’ unanimous choice, in part because of the scope of the story – so much is conveyed in this short piece – and also its skilful use of tone. We hope you enjoy it as much as we did.

The Kryl’ion is a Soviet ship with a red cross slashed into its side as bright and bloody as a crucifix. I am in a cramped cabin with three other women. There are two bunk beds screwed to the floor. I sit cross-legged on a firm mattress watching the seesaw tilt of the horizon through a circular porthole. I hear the creak of springs above me; a mop of perfectly parted black hair appears over the metal frame.

“What is your name?” she says.

“No,” says another, painting her face in a silver compact. “My brother has the same name. It means ‘victor’.”

The last girl reclines half-naked on her bed and gulps wine from the bottle.

It has many meanings, I say.

“That is another way of saying it has none,” says Parted Hair, and disappears.

“Do you remember our Homeland?” says Painted Face.

I shake my head.

“Of course you don’t,” says Half-Naked, raising her bottle, “but now we return to the Socialist Fatherland where the Great Leader will welcome us like his own children! Look at this,” she says, flourishing a newspaper. “Free housing, jobs, education, and welfare to all repatriated Koreans. The sun sets behind us and rises over a land of milk and honey!”

She stumbles backwards onto the bed, laughing.

We both look at each other’s reflection.

“Returning to a place we have never even seen.”

I trace my finger across the window, following the forked paths of meandering water droplets. Whether they are from the sea or the sky, I cannot tell.

The ship’s foghorn wakes us in the grey space between night and day. We run across the deck, fight our way through cheering crowds, and climb the bow rails between fluttering flowers and streamers and flags. The ship slows as we approach the sprawling wilderness of Chongjin docks. Through the mist, a small ferryboat comes to meet us; in the distance, others follow.

Our first glimpse of the coast is far from the promised paradise: grim warehouses and slumped smokestacks huddle beneath a pillar of cloud, and a throng of workers in shabby, padded cotton jackets upturn their collars and hunch against the rain.

I lean over and look down upon a boy with a red face and loose trousers. He waves his arms and calls through cupped hands. I close my eyes to catch his words, while the other girls scream and jostle around me.

In my dreams, I stand between towering walls of water that stretch into a steel sky. I do not run, because there is nowhere to run to. In the distance, ninety thousand souls charge towards me as the sanguine sea collapses behind them.

I wake up screaming my name as the waves come crashing down. 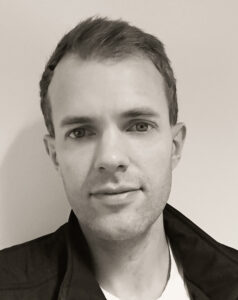 Christopher M Drew is a writer of flash fiction. He lives in Sheffield with his wife and two children where he works for a university and wanders around the Peak District. His published flashes appear in the Bath Flash Fiction Anthology, Volume One, To Carry Her Home, and The National Flash Fiction Day Anthology (2017), Sleep is a Beautiful Colour. He won Second Prize in the Bath Flash Fiction Award (October 2017), for his piece The Perfect Fall, which was also nominated for The Best Small Fictions 2017. In his spare time, he enjoys reading and photography.