I Just Move By Instinct: Colin Barrett on ‘Whoever is There, Come on Through’ 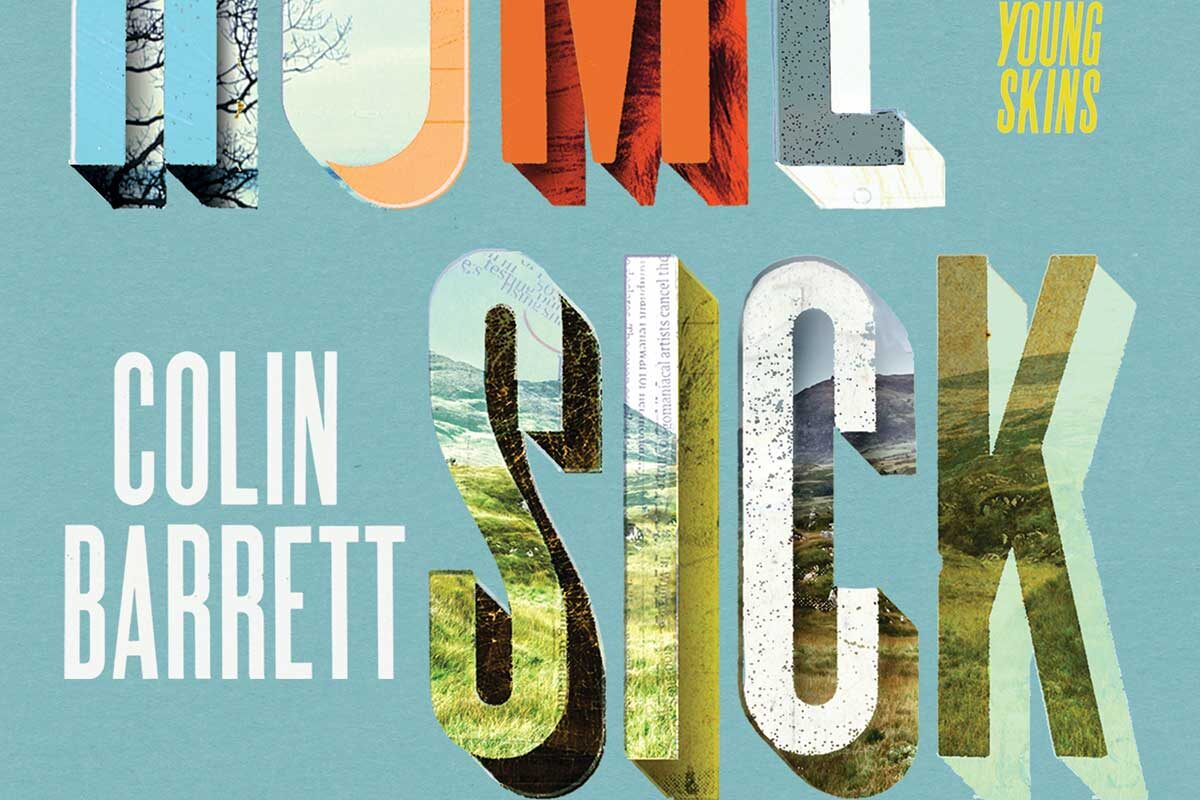 Colin Barrett’s debut collection Young Skins won The Rooney Prize, The Frank O’Connor International Short Story Prize, The Guardian First Book Award . His new collection Homesickness is out in March 2022. In this interview, Colin spoke about his writing of this story as the pursuit of a feeling.

You said your starting point for this was ‘Eileen in the car and the man she was looking at, I had an idea of their dynamic.’ Why did this scene feel it had a story in it? What potential did it contain for you?

It doesn’t always happen that way, sometimes the first thing you think of ends up being moved.

I tend to think visually. I try to think most of my stories start with a scene that’s pregnant with possibility and is one or two degrees off from what you might expect the scene to be. In this case it was Eileen meeting this fella Murt, picking him up from the bus station, though she’s not his partner, she’s not a close family member, she’s a friend and I just had that sense she was smoking a cigarette and a little bit apprehensive and he was obviously a little bit nervous too; he was wondering around, the last guy left, a little bit helpless-looking — everything just came out of that sort of configuration. No dialogue, no real idea of the exact nature of their relationship but just the almost distinct body language of these two characters, separate but in a scene together.

In another interview, you said: ‘I’ve been trying to follow this notion that really interesting things can happen in fiction when you stay inside the limits the characters have apparently reconciled themselves to.’ How did you follow a notion in writing? Is this an instinctive or intellectual thing? A particular stage in the writing process?

I think it relates to what I said earlier. I write by instinct and I write incrementally, I just inch forward, and sometimes I go down a wrong path and I have to turn around and come back, so all I feel I’m doing is following vague notions, like dim lights in the distance, so it’s just a very practical thing it’s not even that there’s a particular technical or philosophical reason or anything else behind it. I do like the idea of having to try and give the reader everything they need in the story in the present moment, as the story is unfolding. It involves trying not to overdo back story, not to overdo exposition, thinking what can I leave out, it’s kind of important in short stories because it’s not that long so you don’t need three pages of back story on Eileen or Murt growing up. You sneak that stuff in as you unfold the story in the present moment and that’s it, that’s what keeps me interested — just chasing that, chasing some notion in the story. It’s just a feeling I’m always chasing in the story, it’s a mood rather than anything important or interesting to say about any of these characters, or society or anything else.

The first difficulty in a story is getting a sense of what that particular mood is and the second difficulty is getting it down and bringing as much of it onto the page. That’s what I do.

You have said that: ‘Eileen, I think, actually likes her life, or likes enough of the things in it, Murt included. In fiction, maybe that’s a sin.’ What was it like making a story from such slight dramatic resources?

The people I’m writing about again and again are people from small towns people with , everyone has to live inside a very finite circumscribed reality most of the time and I guess I’m just as fascinated by pattern as by the breaking of it; most of my stories, part of the fun seems to be setting up the routines, the mundanity of someone’s life of their relationships and whatever else.

Most stories are about deviation from a pattern, or a pattern breaking — I have a tendency to think ‘how much of this can I keep.’

This story was never about Eileen or Murt’s life blowing up. I was trying to just show these two people trying to look out for each other in a basically loving positive relationship, if not completely healthy as damn near practically, enough to get both people through. I didn’t want to blow it up, I wanted to show it was fraught. There’s latent dynamics as well as what’s happening on the surface, like any relationship or friendship. That is just the stuff that interests me. I was trying to get into that area. I still feel when I read novels or short stories, even in the ones I love, I feel there’s still so much actual life missing from this stuff.

Life is so fucking uncanny, weird and strange. I’m not even talking about the weird stuff, but everyday reality, the kind of thoughts you have, the weird shapes and textures that can come into a friendship or a relationship, again not caused by anything overdramatic but just the strange shape of it all. The best writing captures something of it all but there’s so much of it that’s not in books or in stories so I’m always trying to see if I can get at it.