It was Carver’s Where I’m Calling From that first got me addicted to short stories and their compressed power. Flannery O’Connor and J.D. Salinger followed as writers I would re-read in my early days of writing: Salinger at least partly for his dialogue; O’Connor for the hard, true beauty, and inexorability, of her work.

More recently Alice Munro and William Trevor have been writers I have returned to many times over, knowing there is always more to be learnt: I have Trevor’s The Collected Stories, while Munro’s collections Runaway and Too Much Happiness are favourites. Munro’s compression of time is astounding; while Trevor seems to me a cousin of O’Connor for the way his uncompromising sense of character will lace his stories with a kind of suspenseful inevitability, a two-way tug which is utterly compelling. I continue to learn from David Means and David Constantine, among many others. Two recent reads, and newer writers: Rebecca Lee’s Bobcat & Other Stories, and Mary Costello’s The China Factory, both of which I would thoroughly recommend. 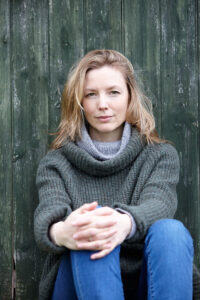 K J Orr was born in London. Her stories have appeared in numerous publications, including Best British Short Stories, the Dublin Review, the White Review, Lighthouse, and the Sunday Times Magazine. For her short fiction she has won the Dan Hemingway Prize and a Bridport Prize, been Pushcart Prize nominated, and shortlisted for awards including the BBC National Short Story Award, the Asham Award, the London Short Story Prize and the KWS Hilary Mantel International Short Story Prize. In 2012 Daunt Books published her story ‘The Inland Sea’ as the first of their Limited Edition Short Story Series. Her work has been broadcast on BBC Radio 4, and anthologized by Comma Press, Salt Publishing, and Flight Press among others. Light Box, her debut collection of short stories, will be published in February 2016. (www.kjorr.com)