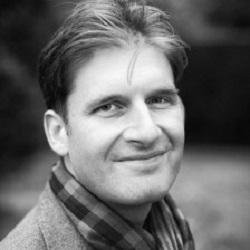 Adam Marek is the award-winning writer of two short story collections – Instruction Manual For Swallowing and The Stone Thrower – both published by Comma Press. He won the 2011 Arts Foundation Short Story Fellowship, and was shortlisted for the inaugural Sunday Times EFG Short Story Award. His stories have appeared in many magazines, including Prospect and The Sunday Times Magazine, and in many anthologies including The Best British Short Stories 2011 and 2013.