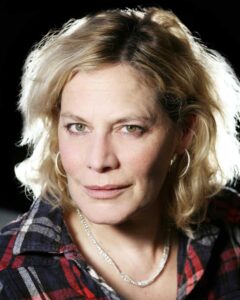 Deborah Levy is an acclaimed novelist and playwright. Swimming Home(&Other Stories/Faber) was shortlisted for the ManBooker Prize, Author of the Year Award, and the Wingate Prize in 2012. Earlier novels include, Billy and Girl, Beautiful Mutants, Swallowing Geography, The Unloved – to be re-printed by Penguin in 2014. Her recent collection of short stories, Black Vodka (&Other Stories) was shortlisted for The Frank O’Connor Prize. A graphic novel of one of these stories, Stardust Nation will be published next year by Self Made Hero – illustrated by Andrzej Klimowski. Deborah’s autobiographical long-form essay on writing, Things I Don’t Want to Know is published by Notting Hill Editions and Penguin. Her plays for the BBC include two major dramatizations of Freud’s most famous case studies on hysteria, ‘Dora’, and of childhood neurosis, The Wolf Man. Deborah has written for the Royal Shakespeare Company and her plays are collected in Levy:Plays 1. (Methuen) From 2006-9 she was Fellow in Creative and Performing Arts at the Royal College of Art and she is currently Visiting Professor of Writing in Illustration at Falmouth University.

Found on the web at: www.deborahlevy.co.uk