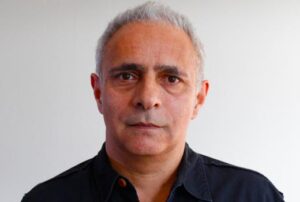 Hanif Kureishi is an internationally renowned writer of novels, short stories, essays and screenplays, all published by Faber & Faber. He was born in Kent and read philosophy at King’s College, London. In 1982 he became writer-in-residence at the Royal Court Theatre, London, and his 1984 screenplay for the film My Beautiful Laundrette was nominated for an Oscar. His novel, The Buddha of Suburbia (1990) won the Whitbread Prize for Best First Novel and was produced as a four-part drama for the BBC in 1993. His third novel, Intimacy (1998), was adapted as a film in 2001, winning the Golden Bear Award at the Berlin Film festival. His Collected Stories appeared in 2010. Hanif Kureishi was awarded the CBE for his services to literature, and the Chevalier de l’Ordre des Arts des Lettres in France. His works have been translated into 36 languages.

Found on the web at: www.hanifkureishi.co.uk