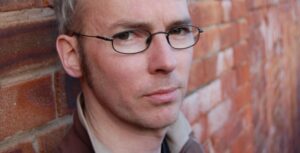 Jon McGregor writes novels and short stories. His recent books include a short story collection, This Isn’t the Sort of Thing That Happens to Someone Like You, and his third novel, Even the Dogs, which won the IMPAC Dublin Literature Award in 2012. He is a Professor of Creative Writing at the University of Nottingham, where he edits The Letters Page, a literary journal in letters. The Guardian recently named him as one of the Top Ten writers to see live, describing him, faintly, as ‘not the showiest or most showboating of authors.’ Jon lives in Nottingham, and divides his time.

Found on the web at: www.jonmcgregor.com/