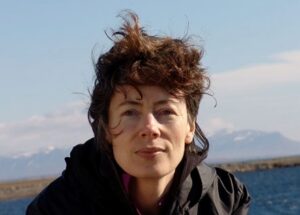 Lane Ashfeldt is an Irish writer whose first short fiction collection, SaltWater, is published by Liberties Press (2014). SaltWater contains a dozen or so stories inspired by the sea. Some are set in Dublin where Lane grew up, others in various parts of the world, including stories set in England and Haiti which respectively won the Fish Short Histories Prize and the Global Short Stories prize. The book has been called ‘an accomplished collection by a writer who has mastered the craft’ by short story afficionado Clem Cairns of Fish Publishing. Short stories by Lane Ashfeldt have been published in Ireland, England, the US and Greece.

Found on the web at: ashfeldt.com