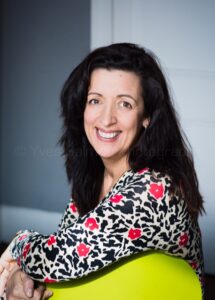 Louise Doughty is the author of eight novels, one work of non-fiction and five plays for radio.

Her latest book, Black Water, is out now from Faber & Faber UK and Sarah Crichton Books/Farrar Straus & Giroux in the US, where it has just been nominated as one of the New York Times Book Review Notable Books of 2016.

Her previous book was the top ten bestseller Apple Tree Yard.  First published in 2013, it was shortlisted for the CWA Steel Dagger Award and the National Book Award Thriller of the Year and sold in twenty-eight languages worldwide.  A four-part BBC1 adaptation will be broadcast soon with Emily Watson in the lead role.

Doughty’s sixth novel, Whatever You Love, was shortlisted for the Costa Novel Award and longlisted for the Orange Prize for Fiction. She has also won awards for radio drama and short stories, along with publishing one work of non-fiction, A Novel in a Year, based on her popular newspaper column. She is a critic and cultural commentator for UK and international newspapers and broadcasts regularly for the BBC and has been the judge for many prizes and awards including the Man Booker Prize and the Costa Novel Award.  She lives in London.

Found on the web at: www.louisedoughty.com