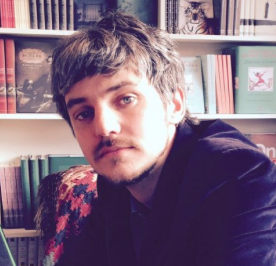 Rob Doyle’s first book, Here Are the Young Men, was chosen as one of the ’20 Greatest Irish Novels from 1916-2016′ by Hot Press magazine. His second book, This Is the Ritual, was a book of the year in the New Statesman, Irish Times and Sunday Times. Rob is the editor of the Dalkey Archive’s anthology of Irish literature, to be published in the autumn. His fiction, essays and reviews have been published in Vice, the Observer, the Guardian, the Dublin Review, and elsewhere.

Found on the web at: www.robdoyle.net