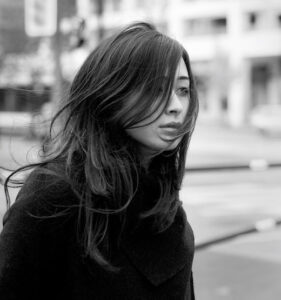 Rowan Hisayo Buchanan is a Japanese-British-Chinese-American writer. She has a BA from Columbia University, an MFA from the University of Wisconsin-Madison, and is currently working on a PhD at the University of East Anglia. Her writing has appeared in, among other places, Granta, Guernica and The Harvard Review and she received a Margins fellowship for the Asian American Writers Workshop. She has lived in London, New York, Tokyo, Madison and Norwich. Her debut novel Harmless Like You was published by Sceptre in August 2016 to widespread critical acclaim. It was shortlisted for the 2016 BAMB Readers award for Breakthrough Author, and has been longlisted for the inaugural Jhalak Prize for Book of the Year by a Writer of Colour.  Her writing also featured in a short story collection, How Much The Heart Can Hold, published by Sceptre in November 2016.

Found on the web at: https://rowanhisayo.com/