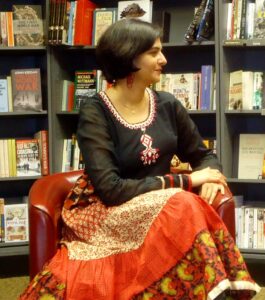 Susmita Bhattacharya was born in Mumbai and moved to the UK in 2004. Her debut novel, The Normal State of Mind was published by Parthian in 2015 and Bee Books (India) in 2017 as part of the India Wales project. Her short stories, essays and poems have been widely published, been nominated for the Pushcart Prize and broadcast on BBC Radio 4. She won the Winchester Writers Festival Memoir prize in 2016. She teaches at Winchester University and is the lead facilitator for the SO:Write Young Writers Project in Southampton. Her collection of short stories will be published in 2018.