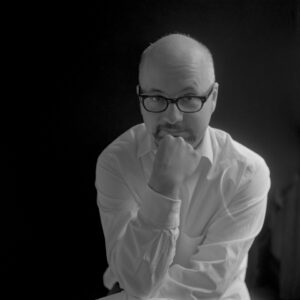 Toby Litt is best-known for writing his books – from Adventures in Capitalism to (so far) King Death – in alphabetical order; he is currently working on M. His story ‘John & John’ won the semi-widely-known Manchester Fiction Prize, and his story ‘Call it “The Bug” Because I Have No Time To Think of a Better Title’ was shortlisted for the notoriously lucrative Sunday Times EFG Private Bank Short Story Award. In December 2013, Vertigo DC launched Dead Boy Detectives a monthly comic written by Toby, based on characters from Neil Gaiman’s Sandman. Renowned for the craft and innovation of his award-winning novels and short stories, Toby teaches at Birkbeck, the University of London. His short story collection Life-Like, was shortlisted for the 2015 Edge Hill Story Prize.

Found on the web at: tobylitt.com