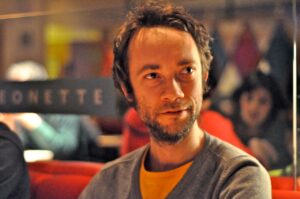 Tom Lee’s debut collection of stories, Greenfly, was described in The Times Literary Supplement as ‘fizzing with an energy at once dark and playful, swift in its impact, enduring in its effect’. He is the recipient of two Arts Council Awards and in 2012 was shortlisted for The Sunday Times EFG Private Bank Short Story Award, the largest prize for a single short story in the world. He is also the author of two pieces of memoir published in The Dublin Review, part of a projected Misery Trilogy about crises both physical and mental. Tom is currently a Guest Tutor on the MA in Creative and Life Writing at Goldsmiths College, London. His debut novel, The Alarming Palsy of James Orr,was published by Granta in 2017.