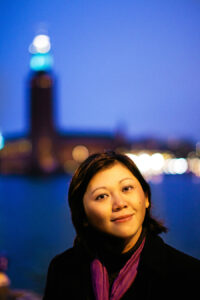 Yiyun Li is the author of two story collections, A Thousand Years of Good Prayers, and Gold Boy, Emerald Girl, and two novels, The Vagrants, and Kinder Than Solitude. She is the recipient of a MacArthur Foundation fellowship, the Frank O’Connor International Short Story Award, the Hemingway Foundation/PEN Award, the Guardian First Book Award, among others. Granta named her one of the best American novelists under thirty-five, and The New Yorker named her one of twenty U.S. writers under forty to watch. Her work has been translated into over 20 languages.

Found on the web at: www.yiyunli.com