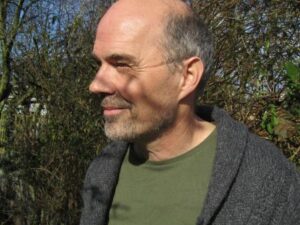 Since the Turing Test won the Edge Hill Prize in 2009, Chris Beckett has published another collection of short stories, The Peacock Cloak, and has also published three novels, The Holy Machine (2010), Dark Eden (2012, winner of the Arthur C. Clarke Award), and Mother of Eden (2014) as well as a new revised edition of his novel Marcher (2014). A new novel, Daughter of Eden, will be coming out in Oct 2016. All his published fiction to date, whether in the long or the short form, can, at least to some degree, be categorised as science fiction, but he has plans to publish a third story collection (late 2016 or early 2017) of non-SF stories. He lives in Cambridge.