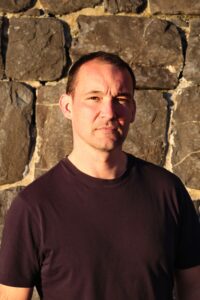 Cynan Jones is the author of five short novels, The Long Dry, Everything I Found on the Beach, Bird, Blood, Snow, The Dig, and Cove published in over 20 countries. He has won a Society of Authors Betty Trask Award 2007, a Jerwood Fiction Uncovered Prize 2014, the Wales Book of the Year Fiction Prize 2015 and the BBC National Short Story Award 2017. He has also written scripts for television and stories for radio, and a collection of children’s tales. Other short fiction has been widely published in anthologies and publications including Granta Magazine and The New Yorker. His latest novel is Stillicide (Granta).

Found on the web at: www.cynanjones.com