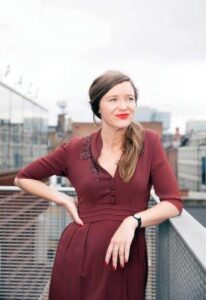 Naomi Wood was awarded the 2012 Eccles Centre British Library Writer in Residence Award to write and research Mrs Hemingway. Mrs Hemingway is Naomi Wood’s second novel, which was one of eight winners of The Jerwood Fiction Uncovered Prize 2014. Film rights to her first novel The Godless Boys have been sold to Riff Raff UK Limited and Naomi has written the screenplay. Naomi Wood is a Young Patrons Ambassador at the British Library and teaches Creative Writing at Goldsmiths University. She is a member of the Hemingway Society and the Historical Novel Society and lives in London. Her short story Saving Melford is available here.

Found on the web at: www.naomiwood.com